Biathlon is a winter Olympic ski sport that combines cross-country skiing and rifle shooting. Biathlon is divided into male and female.

It is commonly believed that biathlon originates from ski hunting, which is widespread among many northern peoples. Rock paintings, which are 5000 years old and were found in Norway, prove this fact.

In 1767, frontier guards on the Swedish-Norwegian border arranged competitions vaguely resembling biathlon for the first time. The participants had to go down the slope of mean steepness and hit a specific target at a distance of 40-50 steps using a rifle.

The first-ever "military patrol competition" – a sport that was very similar to modern biathlon – was held at the Winter Olympics in Chamonix in 1924. 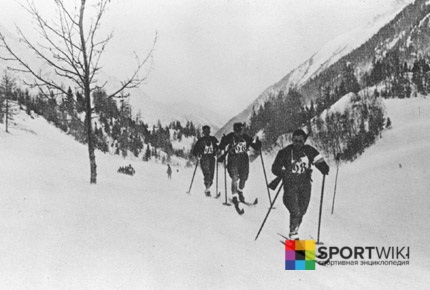 Racers start upon command of a referee. Depending on the discipline, the start can be joint or individual (athletes start at set intervals). After covering a certain distance, athletes have to shoot targets. In case of missing targets, the athlete is penalized by covering the penalty loops or simply gets a penalty time. 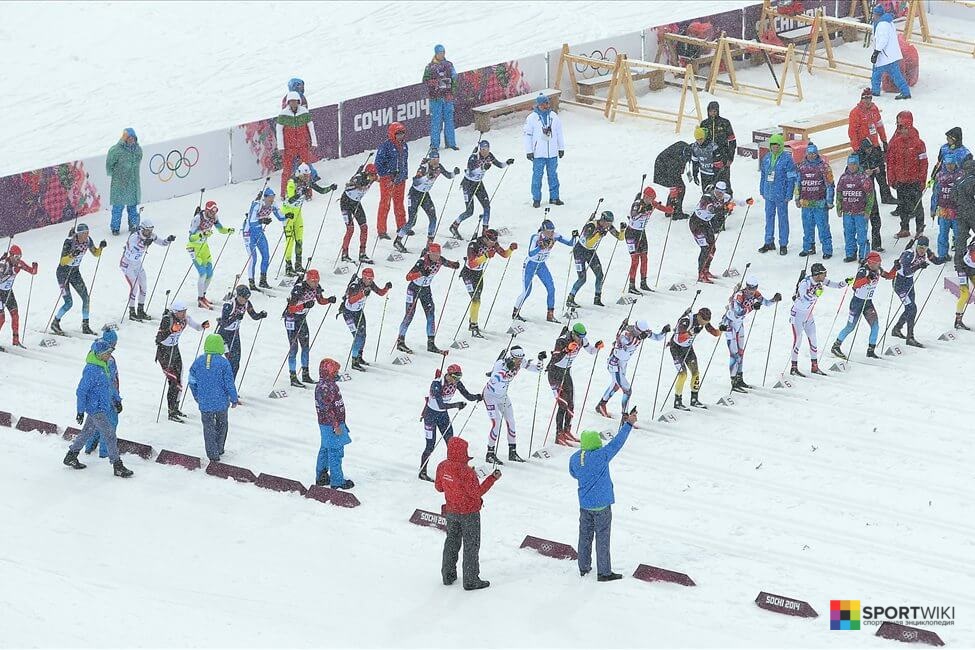 During the race, athletes are prohibited from taking shortcuts, ignoring penalty loops, and exerting intentional physical effects on other athletes.

The winner of the race is the biathlete who set the best time in the race.

The stage of the ski race is self-explanatory, it is no different from the usual ski race. Athletes use a free skiing style. Let’s dwell on the stage of shooting targets in more detail. 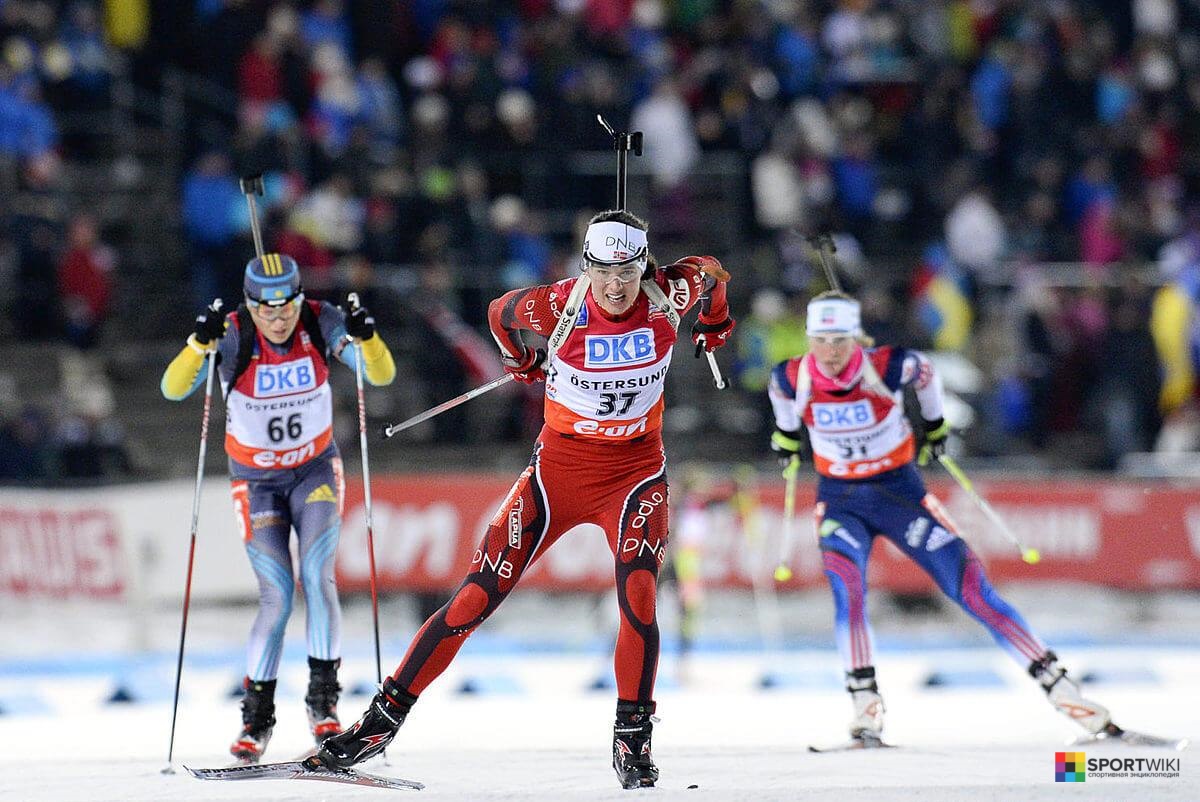 Prone position. When shooting in a prone position, athletes must follow the following rules: a rifle can only touch the athlete’s arms, shoulders, and cheeks. The inside of the hand (the palm) that holds the rifle must be raised from the ground surface (snow cover). 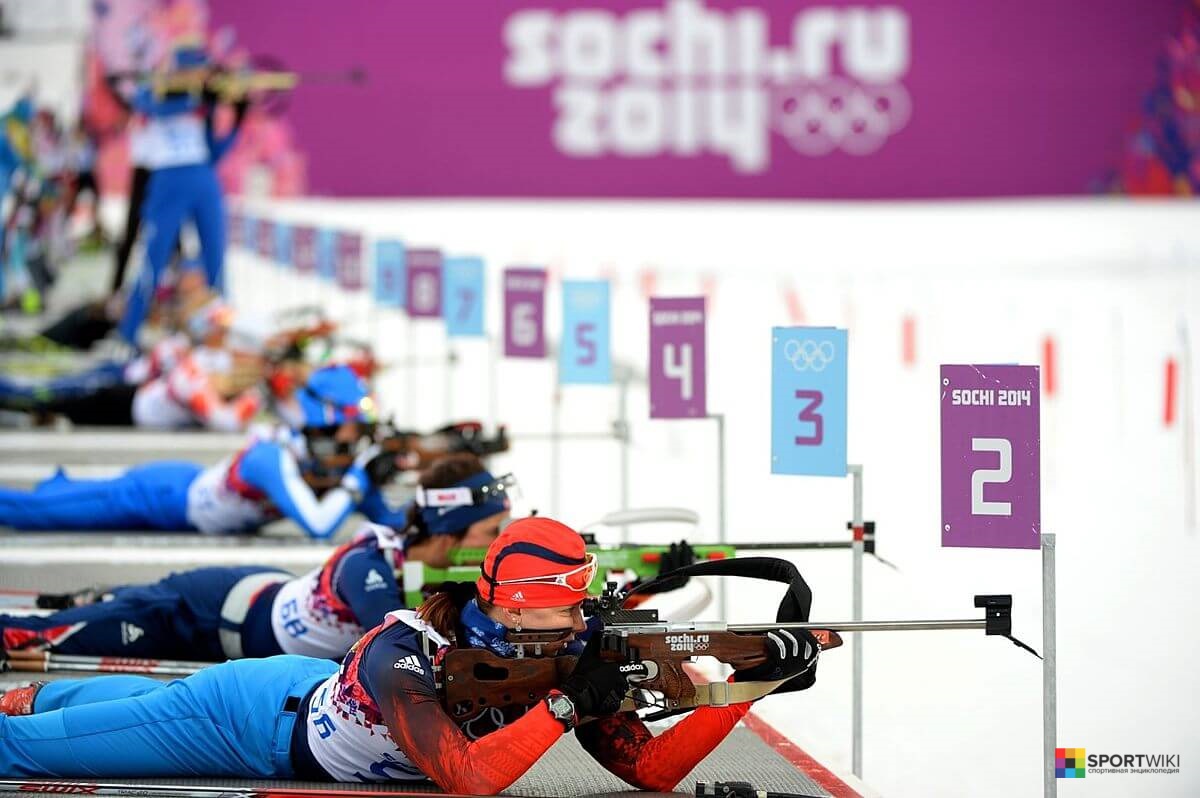 Standing position. Athletes stand without any support; only arms, shoulders, cheek, and chest (the side corresponding to the shoulder) can touch the rifle; the arm holding the rifle can rest against the chest or thigh. 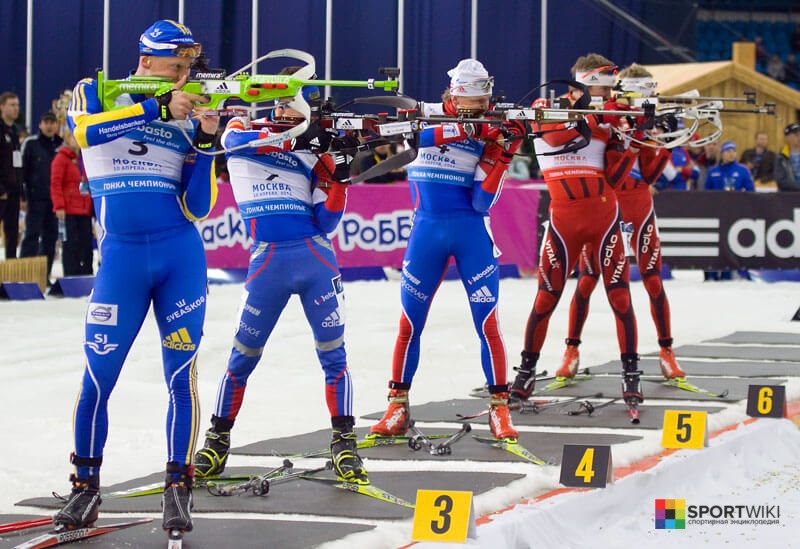 The requirements for biathlon tracks are the same as the ones for regular ski race tracks: 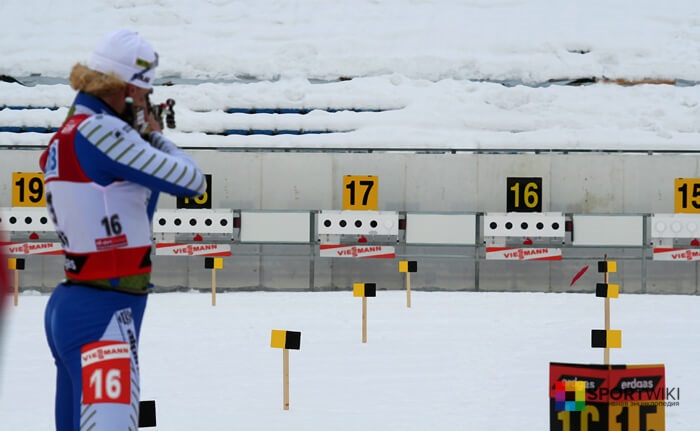 A shooting zone is a place where shooting is performed during biathlon training and competitions. It must be located in the central part of the stadium so that both the target and the shooting line are visible to most spectators. The shooting zone must be flat, horizontal and surrounded by safety banks on the sides and behind the targets. The location and equipment of the shooting zone must ensure safety on adjacent tracks, in the stadium area, and the surrounding area. The direction of fire (mainly to the north) must help create better lighting conditions during the competition. Safety equipment must not prevent spectators or television from watching the competition.

An area at least 25 m wide must be fenced off in front of the shooting zone for referees, technical staff and competitors. In finish and relay exchange areas, a food services area and warm changing rooms for each team must be equipped for the period of the competition. 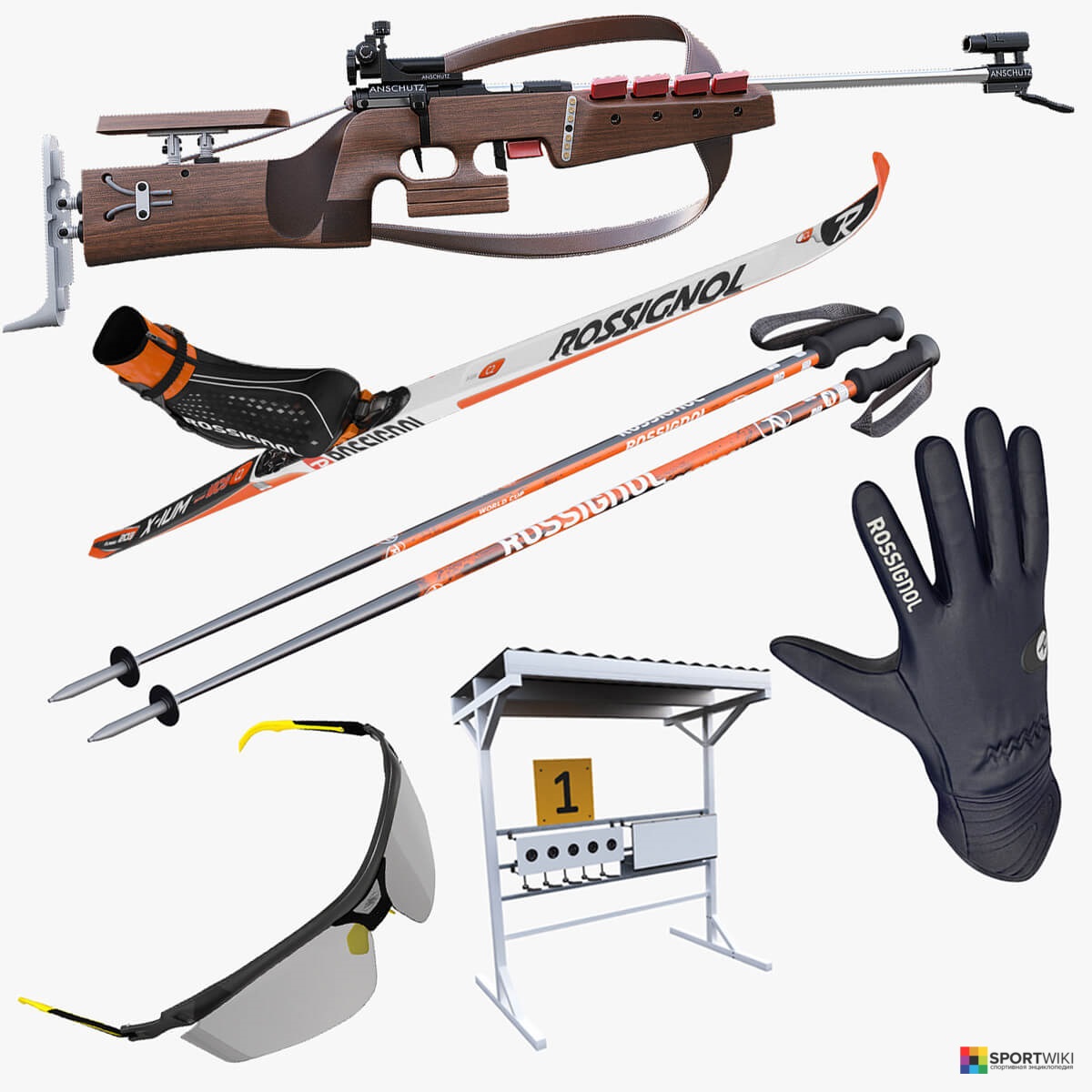 Types of races in biathlon

Sprint. In this discipline, the track is 10 km long for men, and 7.5 km long for women. Athletes must cover two shooting stages – one in standing position, and the other one in a prone position. If the biathletes miss, they must go to the penalty loop (which is 150 meters long). In this race, athletes run in turns. Sprint is the very first stage in biathlon competitions.

Pursuit. In this discipline, athletes start in the order, in which they finished the sprint. The track in the pursuit is 12.5 km long for men and 10 km long for women. In the pursuit (unlike the sprint), there are 4 shooting stages – 2 in a prone position and 2 in standing position.

Individual race. This is the longest race in biathlon. The individual race is 20 km long for men and 15 km long for women (with 4 shooting stages). If athletes miss in this discipline, they get penalty minutes instead of penalty loops.

Relay. Teams of 4 athletes each take part in this race. Each of them passes their stage, which is 7.5 km long, and 2 shooting stages. It is important that if the athlete misses, they can use additional cartridges (3 pieces); reloading is done manually. Relay, like other types of biathlon, is held for men and women separately.

World Team Challenge (which is better known as Christmas Biathlon Stars Race) should be mentioned when talking about commercial biathlon competitions.

International Biathlon Union (IBU) is an international biathlon federation, uniting national federations and other organizations representing biathlon. The headquarters of the union is located in Austria, in the city of Salzburg.