Football is the most popular team sport in the world, the object of which is to score the ball into the opponent’s goal more times than the opposing team scores within the set period. The ball can be scored into the goal using feet or any other parts of the body (except hands).

The exact date of football origin is not known, but it’s safe to say that the history of football goes back more than one century and has affected many countries. Ball games were popular on all continents, this is evidenced by the widespread archaeological finds.

In ancient China, there was a game known as “Cuju”, references to which were dated to the second century BC. According to FIFA declaration in 2004, this is the game which is considered to be the most ancient of the predecessors of modern football. 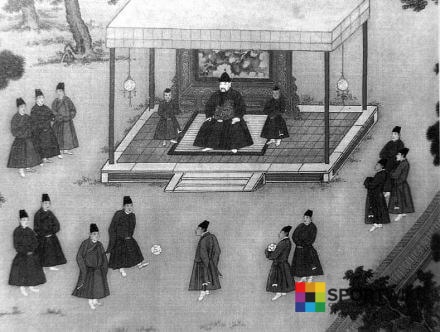 In Japan, a similar game was called “kemari” (in some sources known as “kenatt”). The first mention of kemari is found in 644 AD. Kemari is also played nowadays in Shinto sanctuaries during festivals.

In Australia, balls were made from the skins of rats, the bladders of large animals, and twisted hair. Unfortunately, there are no rules of the game remained. In North America, there also was the ancestor of football, the game was called “pasuckuakohowog”, which means “they gathered to play ball with their feet.” Usually, the games took place on the beaches, the players tried to score the ball into the goal about half a mile wide, the pitch itself was twice as long. The number of game players reached 1000 people. 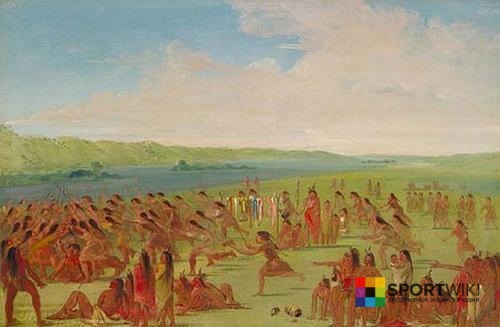 Modern football was invented in England in the 1860s.

Each football team shall consist of a maximum of eleven players (that is how many can be on the pitch at the same time), one of which is the goalkeeper and he is the only player who is allowed to play with his hands within the penalty area at his own goal.

How many players are in the team?

The team consists of 11 players: ten outfield players and one goalkeeper. 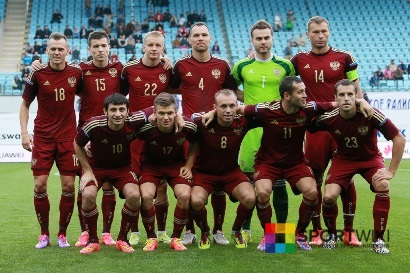 A football match consists of two halves of 45 minutes each. There is a 15-minute half-time break between halves, after which the teams change goals. This is done so that the teams are in equal condition.

The football game is won by the team that has scored more goals against the opponent.

If the teams finished the match with the same goal score, then a tie is fixed, or two additional halves of 15 minutes are assigned. If the additional time ends with a tied score, then a series of penalty shootouts is assigned.

An 11-meter kick or penalty is the most serious punishment in football and is carried out from the appropriate mark. When performing an 11-meter kick, the goalkeeper shall obligatory keep the goal.

Penalty shootouts in football are performed according to the following rules: teams carry out 5 shots on the opponent’s goal from a distance of 11 meters, all shots shall be carried out by different players. If, after 5 shots, the penalty score is equal, then the teams continue to take penalty kicks until a winner is revealed. 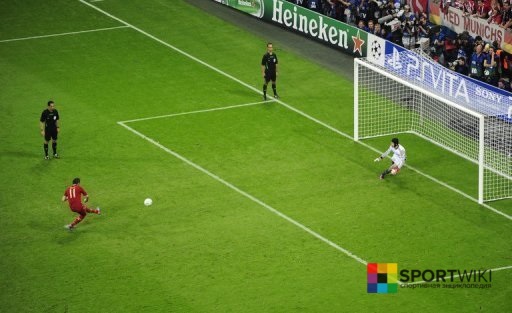 It is considered that the player is in the offside position if he is closer to the opponent’s goal line than the ball and the second to last player of the opponent, including the goalkeeper. 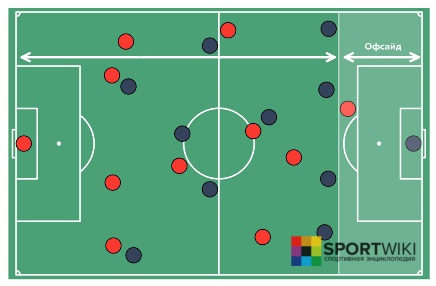 In order not to get into an offside position, players shall adhere to the following rules:

Football Lawes of the Game allow outfield players to touch the ball with any part of the body except their hands. For a handball, the team is awarded a direct free-kick or a penalty kick, which is performed by the player of the opposing team.

The Laws of the Game of handball in football include two other very important points:

The yellow and red cards are signs that the referee shows the players for fouls and unsporting behavior.

The yellow card is of a precautionary nature and is given to the player in the following cases:

The red card in football is shown by the referee for extremely rough fouls or unsporting behavior. The player who received the red card must leave the field of play before the end of the match.

The standard pitch for big football is a rectangular area in which the goal lines (front lines) are necessarily shorter than the touchlines. Next, we will consider the parameters of the football pitch.

How long is a pitch?

The length of the football pitch from goal to goal should be within 90-120 meters.

Marking of the field is carried out with the same lines, the width of the marking should not exceed 12 centimeters (lines are included in the areas that they limit). The side line or edge of a football field is commonly called the “touchline”.

Marking of the field is carried out using lines, the width of which should be the same and not exceed 12 centimeters. The image below shows the marking layout of the football pitch. 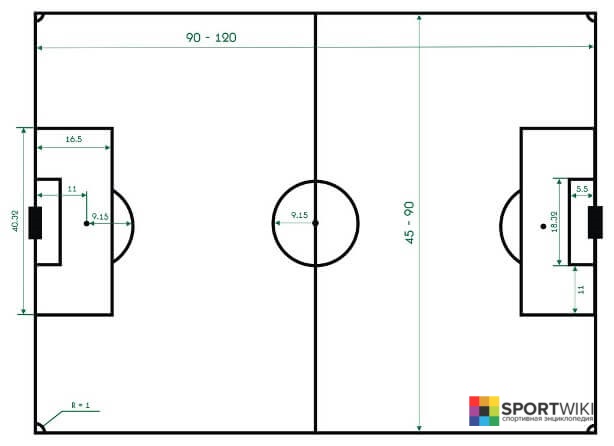 The goal is located exactly in the middle of the goal line. The standard football goal dimensions are as follows:

The diameter of the posts and the crossbar should not exceed 12 centimeters. The goal is made of wood or metal and painted white, and also has the shape of a rectangle, ellipse, square or circle in cross-section. 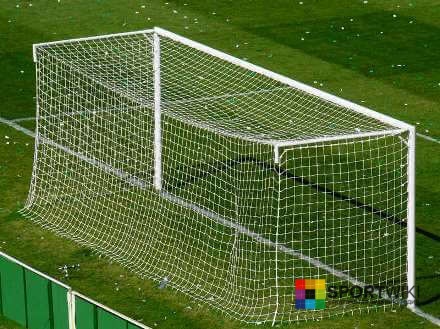 The standard design of the football pitch is as follows:

The turf for the football pitch can be natural or artificial. Grass turf requires additional care, namely watering and fertilizing. Grass turf does not allow to take more than two games per week. The grass is brought to the field in special rolls of turf cover. Very often on the football pitch, one can see the grass of two colors (striped pitch), it is due to the peculiarities of turf care. When mowing the turf, the car first goes one way, and then the other way, and the grass lies in different directions (multidirectional turf mowing). This is done for the convenience of determining distances and offsides, as well as for beauty. The height of the grass on the football pitch is usually 2.5 — 3.5 cm. The maximum speed of the ball in football today is 214 km/h.

The artificial turf for the football pitch is a carpet made of synthetic material. Each blade of grass is not just a strip of plastic, but a product of complex shape. For the artificial turf to be suitable for play, it is covered with a filler of sand and rubber crumb.

What ball is used for playing football? A professional soccer ball consists of three main components: bladder, backing, and cover. The bladder is usually made of synthetic butyl or natural latex. The backing is the inner layer between the cover and the bladder. The backing directly affects the quality of the ball. The thicker it is, the better the ball. The backing is usually made of polyester or pressed cotton. The cover consists of 32 synthetic waterproof panels, 12 of which are pentagonal, 20 are hexagonal. 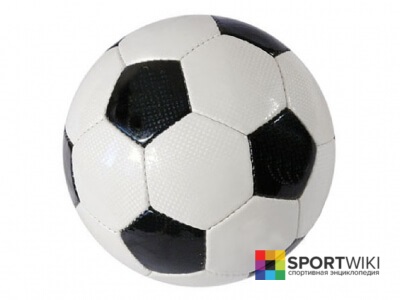 The speed of the ball in football reaches 200 km/h.

The basic elements of a player’s football equipment are:

Why do football players need stockings?

Stockings perform a protective function, supporting the leg and protecting it against minor injuries. Thanks to them, the shin guards are kept. 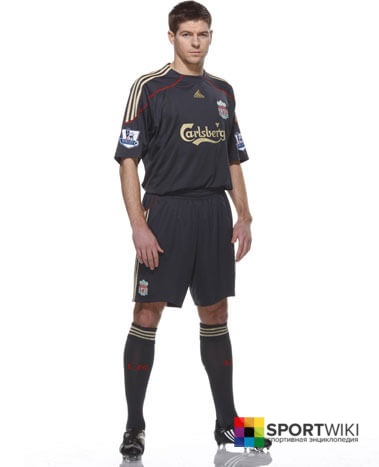 The goalkeeper's football kit shall differ in color from the kit of other players and referees. 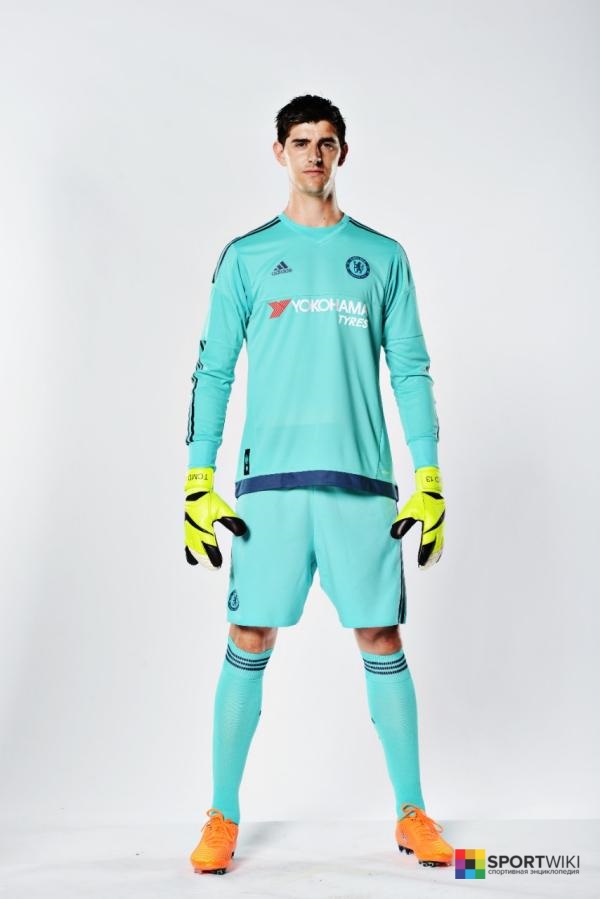 Players shall not wear any equipment that could be dangerous to them or other players, such as jewelry and wrist watches.

What do football players wear under shorts?

The referees monitor compliance with the set rules at the football pitch. A referee and two assistants are appointed for each match. 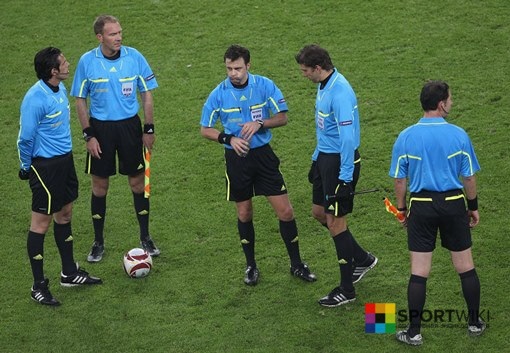 The duties of a referee include:

The competitions are organized by the federation, for each tournament its Regulations are drawn up, which usually prescribes the entry list, the tournament schedule, and the rules for determining the winners. 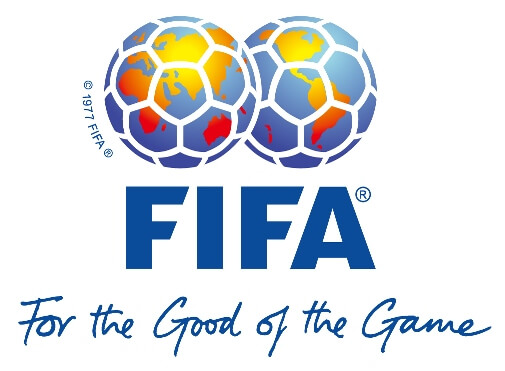