Baseball is a team sport in which the main equipment is a bat and a ball. 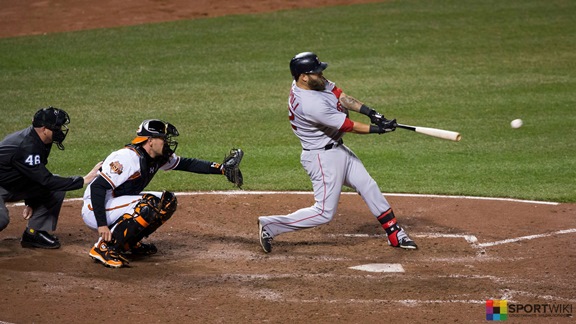 Since baseball is widely popular in the USA, it is generally accepted that one of the Americans was its creator. But historians present other facts. It is well known that the games (baseball became the prototype of them) existed for a long time in Europe. These games were as follows: cricket, schlagball and lapta bat. Each sport exists independently of each other, but all of them have similar rules of the game.

Ball and bat games were already known at the end of the 17th century. Some print publications and books mention that baseball was one of them. But the official rules of baseball were introduced only in 1845. And in 1846 the first match was held under the new rules.

The year 1957 was marked for baseball by the creation of the National Association of Baseball Players. It comprised sixteen clubs.

In 1869, baseball club players were paid for the first time. And two years later, a professional baseball league ("The National League") was founded in the USA.

In 1901, the American League was created.

Since 1903, the professional teams that were the winners of these two leagues met in the World Series. The winning team got the most valuable cup in the world and they were remembered and appreciated by the fans for many decades.

Baseball is played by two teams opposing each other with one goal – to score more points (or runs). A point is scored when a player of an offensive team runs, in turn, all the bases on the playing field.

There are 9 people in the baseball team. Each team plays in turn as an offensive and defensive team. The team plays both as an offensive and defensive unit within one inning. According to baseball rules, there are nine innings. In case of equal score between the teams, one inning is added until one of the teams wins. Once, a record was set for the duration of one baseball game – over 9 hours.

Players on the field

The most attention is always paid to three athletes: pitcher, catcher, and batter. A pitcher is a player of the defensive team that pitches the ball. Its goal is to hit the ball in the strike zone. If three strikes are scored, the batter drops out of the game. It is necessary to pitch balls so that the batter has fewer opportunities to hit it in the playing zone or beyond. There are various tricks and types of pitches that make it difficult for the batter to do it. 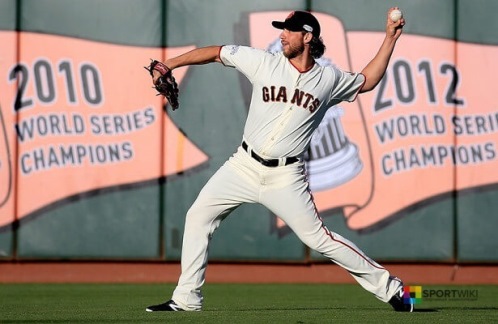 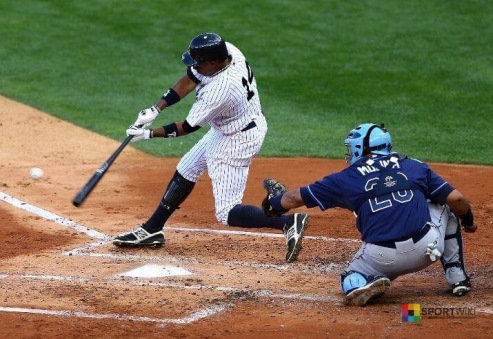 The catcher must catch the ball served by the pitcher. Besides, he protects the (1st and 3rd) bases on the field and secures the "home plate". As a rule, the catcher and the pitcher have their system of conventional signs, according to which the serving player must understand how to pitch the ball.

The goal of defensive players is to send the batter out. They can do this in the following ways:

Despite the fact that baseball is a team game, a lot depends on the individual qualities of the players, their strength, speed, reaction. Part of the success depends on the overall strategy for the game, the ability to change tactics during the game session.

The course of the game can change dramatically due to just one pitch or bat. For example, the batter has only a split second to evaluate the trajectory of the ball. The better the player uses the time given to him, the higher his physical fitness is, the more chances his team has for succeeding. This is related to the fact that most of the game (about 90%) is the confrontation between the batter and the pitcher.

The playground is presented in the form of a sector. Its rays located at right angles. There are two game zones in the field:

Starting with the "home plate", the bases are numbered counterclockwise. A pitcher’s mound, with which the ball is pitched into play, is in the middle of the "infield".

The rays of the sector are foul lines. If the ball gets beyond them, then the "foul ball" position is declared, which means "offside". The playing part of the field within the rays is called "fer". 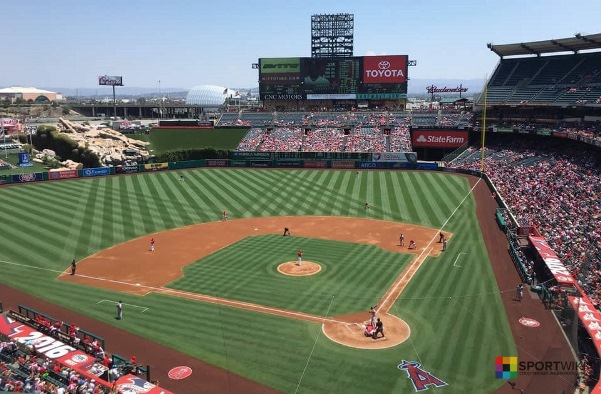 There are also areas for catchers, coaches and warming up players. There is a fence along the perimeter of the field. Almost the entire field has grass cover. The pitcher’s mound is equipped with a rubber sheet. The "home plate" is also covered with a rubber coating. All three bases are a kind of "pads", upholstered in dense fabric. They are fixed with special pegs in the corners.

The ball is the most important item in baseball. It weighs about 5 ounces (but not more than 5.25 ounces). The base consists of a cork tree with a rubber. It is lined with leather with red stitches made of woolen thread. The ball doesn’t exceed 23.5 mm in diameter. Exclusively Railwlings balls are used for professional games. 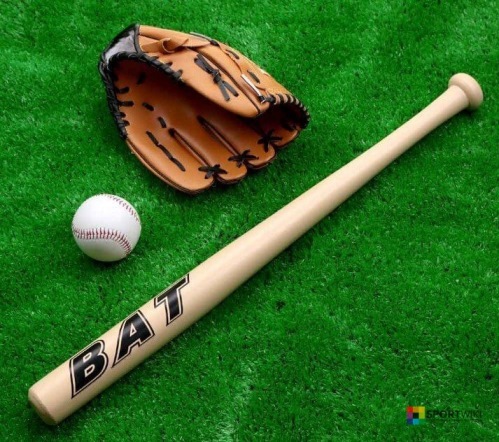 Players of the defensive team have mitts (baseball gloves). For right-handed players, the mitt is worn on the left hand, and for left-handed players – on the right. There are mitts for:

Gloves can be made of various materials but pressed leather is used more often. Mitts of players in the field are softer. They have a wide pocket, fastened between the index finger and a thumb. If you wear such a glove, it’s easier to catch a small ball from different angles. As regards sizes, the mitts of players at the bases are bigger than those of catchers.

Mitts of catchers are rougher. Specific filler requirements are put forward. It must protect the athlete’s hand from injury, as the ball flies at a speed of more than 100 km/h. Moreover, such a glove should be quite flexible.

The catcher also has the following equipment:

The bat for professional players is made exclusively of wood. Aluminum bats can be used for amateur games. A high-quality wooden bat is much more expensive than the aluminum one. In many professional baseball games, bats break due to strikes, which adds to the spectacle of the confrontation between the two teams.

A helmet with a mask, knee pads and a chest pad are designed to protect catchers from balls. If there was no protection on the player, the ball would significantly injure the player. Despite the fact that, according to the rules, it’s forbidden to pitch the ball at the catcher, this happens sometimes. A few hits in the catcher in a row can lead to a forced substitution of the pitcher!

Professional baseball pays great attention to equipment. Inventory is customized by eminent and trusted craftsmen. No one allows the use of low-quality materials. Many popular players can put items of their inventory at auctions after memorable and spectacular games.

The game has to be fair, so there are judges. In this case, the referees have the opportunity to consult with colleagues before making a controversial decision. After the decision of the judge, no one dares to argue with him, as this most often ends with suspending the player. The referee has the right to suspend not only the players but any person on the field, including the manager. 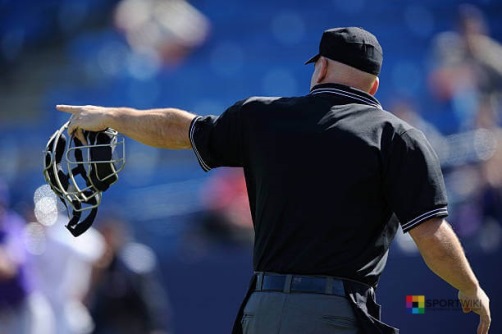 There are four referees in total: one on the base near the batter and one on each base.

Players of opposing teams, coaches and spectators should see the referee’s decisions, so a gesture system was developed. Since there are two types of judges on the field (near the bases and on the “home plate”), each of them has their own gestures.

The purpose of the judges in the field is to evaluate the actions of athletes and to determine events: "tagging" the runner or touching the base. Let’s consider the gestures:

The referee on the home plate has a more substantial arsenal of gestures. But most often the following basic gestures are used:

Finger gestures can be shown to the pitchers to indicate where the ball was pitched exactly.